The National Association of Locum Tenens Organizations (NALTO) has announced the appointment of Matt Young, Chief Operating Officer of All Star Healthcare Solutions (formerly All Star Recruiting), to Vice President of its Board of Directors. During Young’s more than 16-year career in the locum tenens staffing industry, he has been involved at every level, from hiring and training, to operations and information technology, to sales and executive leadership.

“It has been a privilege to serve on the NALTO Board of Directors for the last two years, working with industry leaders and all NALTO members to support the ongoing development and safeguarding of the integrity of the locum tenens industry,” says Young. “I am grateful for this opportunity and look forward to working with my fellow board members.”

Young joined All Star in 2010, lending his vast experience to the launch of the company’s locum tenens division. Since then, All Star has grown at an unprecedented rate and remains one of the fastest-growing locum tenens organizations in the country.

Matt has served on NALTO’s Ethics and Membership Committees, chairs its Legislative Committee, and has spoken on critical industry topics at numerous conferences.

Founded in 2001, the National Association of Locum Tenens Organizations primarily serves to educate the healthcare industry on the benefits of locum tenens staffing and to establish a set of service standards among locum tenens companies. NALTO also provides a system for sharing resources among member organizations, offers a formal dispute resolution process through an arbitration committee, and aids all members in cultivating market growth. 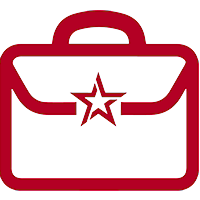